Ballistix is Micron’s gaming memory brand and a few months ago, the overclocking record for the fastest DDR4 memory frequency was set at 5758 MHz using the Ballistix Elite 3600 MHz memory kit. Traditionally, overclockers tend to use Samsung's B-die chips because of how well they are able to handle extreme voltages and high temperatures but the Ballistix Elite 3600 MHz uses Micron's own E-die which is quite impressive. Micron's E-die is able to scale as good as Samsung B-die and will most likely become the new choice for memory overclockers. Samsung recently announced that they are ending the production of their B-die and replacing it with A-die but it is not clear whether the A-Die will have the overclocking flexibility to match that of the B-die.

Ballistix has three memory lines which consists of the Elite, Tactical, and Sport memory series and they all come with a limited lifetime warranty. The Elite series is Ballistix's premium memory line while the Tactical series is the mainstream line and the Sport series is the entry-level line. Their Elite series range in speeds from 2666 MHz and up to 3600 MHz and capacities from 4GB to 32GB in single to quad channel kits. I am currently running the Ballistix Elite 3466 MHz in my AMD Ryzen rig and it's been working flawlessly. Today we are reviewing the Ballistix Elite 3600 MHz 32GB (4x8GB) memory kit which runs at 1.35V and has a stock rated timings of 16-18-18-38.

Ballistix equips their Elite DDR4 memory kits with an integrated temperature sensor which means you can use the Ballistix M.O.D utility to monitor the temperature in real-time. Most memory kits do not come with a thermal sensor so it’s nice to be able to monitor the temperature of your memory modules. The Ballistix Elite memory is optimized for Intel XMP 2.0 and AMD Ryzen for easy setup and configuration. This means that once you turn on the Intel XMP profile in the BIOS or AMP for AMD system, it will automatically adjust to the fastest safe speed without having to manually change anything.

Visually, the Elite memory looks really attractive due to its black metal anodized heat spreader which gives it an aggressive militaristic styling. The build quality is fantastic and has a nice premium feel to it when holding it in your hands. Personally, I cannot stand LED light bars in memory modules so I love that the Ballistix Elite does not use any flashy LED light bars. I have never been a fan of memory modules with LED light bars and controlling those LEDs with some fancy RGB software.

The Ballistix Elite 3600 MHz comes packaged in a fancy cardboard box with visually striking graphics and a clear view of the RAM on the top right corner. Inside you will find two clear plastics holding two modules in each. On the back of the package, you will see a description of each memory series in different languages and some basic product information.

When you open up box, you will be presented with the RAM on full display. The majority of the manufactures use the same basic plastic clamshell packaging on their memory kits but Ballistix has raised the bar here. A quality packaging leaves a strong impression on users and Ballistix has done a great job creating a unique packaging. Overall, the packaging is impressive and definitely feels high quality.

The Elite memory kit is available only in black so if you are into modding and are looking for other color options, you will not find that with the Ballistix Elite line. The memory kit stands 41 mm tall and features a removable heatsink. There are four screws which will need to be removed if you want to remove the heatsink. Since this is a low-profile memory kit, you will have no problems installing a big CPU air cooler such as the Noctua NH-D15. But if you do want to remove the heatsink, that will bring the height down to 31mm which will make it easier installing the memory into a cramped PC case.

Here is a close view of the aluminum heat spreader that stands approximately 10mm above the PCB. The heat-spreaders are fairly thick but they also allow for airflow to flow through. You can see that the heat spreaders don't touch each other and this is important because you want each heat spreader to cool the ICs separately and not combine the heat load.

The testing was done on Windows 10 Pro 64-bit (1903) with all the windows updates and latest drivers installed. We have fully debloated Windows 10 and disabled a bunch of unnecessary services that run in the background. It's important to have as few processes running as possible during the testing to prevent any interference. We'll be using the AMD Ryzen 7 2700X CPU that will run on stock settings and we are also using the Asus ROG Strix X470-F motherboard with BIOS 5007 installed (Agesa 1002). I was able to run this kit at its rated 3600 MHz speed without any issues but I did have to manually set the CPU SoC voltage to 1.15v to get it fully stable.

AIDA64 is a popular software that benchmarks the bandwidth and latency of the CPU caches and the system memory.

In this test we are using the AIDA64 to benchmark the memory latency which is done by measuring the delay when the CPU reads data from system memory.

HyperPi 32M is a great utility that is used for checking memory stability by calculating the pi value for a given number of digits.

Cinebench is one of the most popular tools out there for benchmarking your CPU and graphics performance and testing system stability.

Battlefield 1 is one of my favorite games to use when benchmarking RAM because it scales very well with high memory frequency. At 1440p ultra settings, the Ballistix Elite 3600 MHz memory kit offered the highest FPS.

With only two sticks installed, I was able to overclock this memory kit to 3733 MHz using 1.40 DRAM voltage and it was fully stable. DRAM timings were set to 16-17-17-36-1T and everything else in the BIOS was set to auto mode. RAM frequency is limited by the CPU IMC and since I'm running a Ryzen 2700X CPU, I'm guessing this is as high as it goes. AMD's Ryzen 3000 series CPUs feature an improved IMC so I'm sure you could get this kit to run stable at 3800 MHz if you are using a Ryzen 3000 CPU.

Thaiphoon Burner reports that the memory IC used here is the Micron E-die as expected. AMD's Ryzen CPUs work really well with E-Die and Samsung B-die RAM and Ryzen benefits from faster RAM because the speed of the Infinity Fabric connecting the 2 dies together runs at the speed of the memory. If you are using a Ryzen CPU, you want to get your RAM to 3200 MHz or higher for optimal performance.

The Ballistix Elite DDR4 3600 MHz 32GB (4x8GB) memory kit features an amazing build quality and the lack of RGB LEDs is a huge plus in my book. Its black and white minimalistic style gives it a sleek look which I really like. Most manufactures equip their memory modules with plastic housing which feels cheap but the Ballistix Elite feels premium thanks to its metal design. The metal heat spreaders are quite effective at keeping the memory nice and cool.

Performance-wise, the Ballistix Elite 3600 MHz performed excellent in all of the benchmarks. I was able to reach the rated 3600 MHz speeds and timings without any issues and I did not experience any stability issues during my testing. I managed to overclock it to 3733 MHz with only two sticks which is considered very good for a Ryzen 2700X CPU due to its weak IMC. If you are using the newer Ryzen 3000 CPUs, you can easily push it to 3800 MHz at 1.40v. 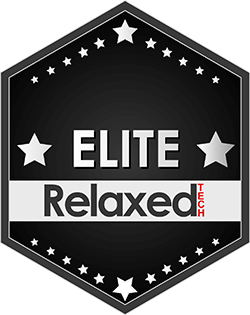